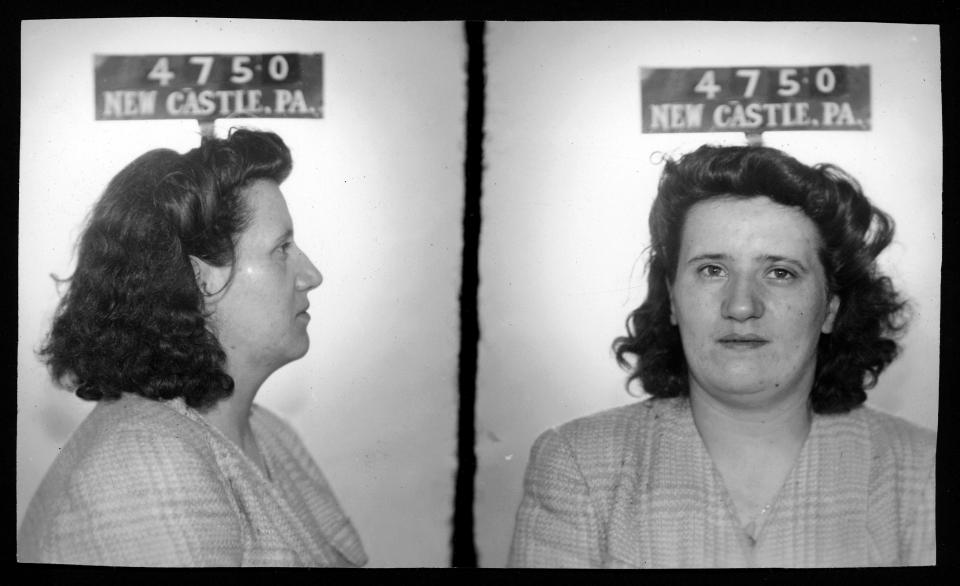 By half past four in the morning, William Janiel was too blind drunk to drive his car, so he gave the keys to Josephine Stewart and told her to take him home, regardless of the fact that Josephine was blind drunk too. As they progressed at some speed down South Mill street, she somehow struck a parked car and crashed straight into another. William Janiel was quite badly hurt—pain in his head; blood on his clothes. Even so, he figured he would have a better chance of getting home if Josephine didn’t drive anymore, so he took over from there.

Officers Bartoshek and Rozzi arrived at the scene and were investigating the damage to the cars when William Janiel’s wife came hurrying down the street towards them, telling them to come to her house to save her husband, who was bleeding to death.

The Janiels lived just around the corner on Pennsylvania avenue. When the police got there, William Janiel was sitting on the porch, covered in blood but not dying, and Josephine Stewart was inside. The officers arrested the pair and were immediately attacked by Janiel’s enraged wife. Despite suffering what they described as a pounding from the woman, they were able to get Janiel and Josephine into the police cruiser and take them to the New Castle hospital along with Janiel’s wife, whom they also arrested. At the hospital, the drunk and furious prisoners caused such disruption that they couldn’t be treated, and all three were taken away to be jailed instead.

Janiel’s wife was released the next day without being charged. Josephine and Janiel were charged with driving a motor vehicle while under the influence and, a month later, were given the customary sentence of thirty days in the county jail, out in three if they paid $100 and costs. They paid up.

Later that year, Josephine sustained severe injuries—a concussion and some damage to her hip and pelvis—when she fell from the upper storey of her home on South Crawford avenue while cleaning the windows.