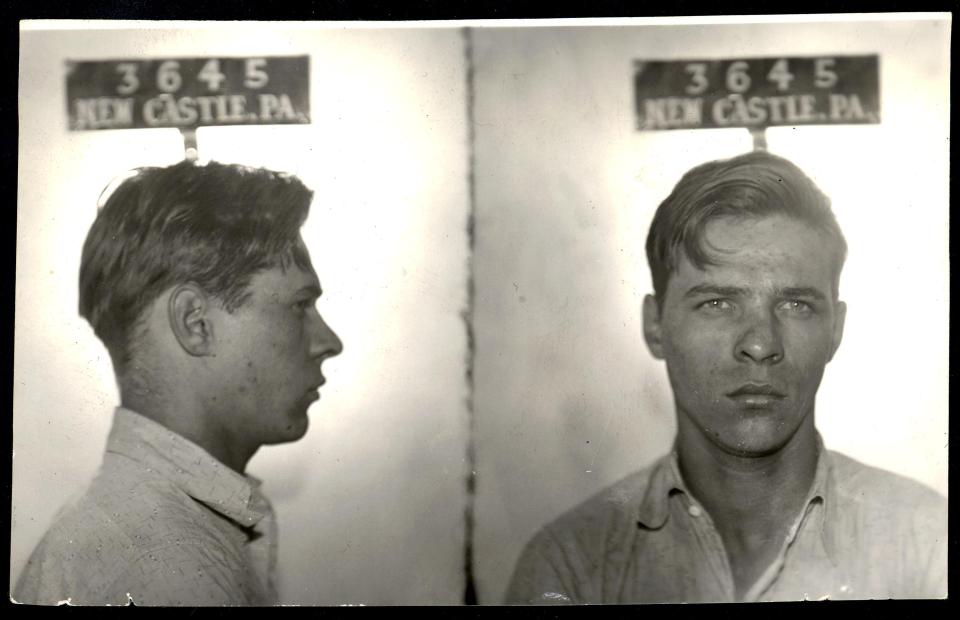 In the early hours of the fourth of July, 1941, a few young men—Alexander Aldan, Paul Voland and the Haza brothers, George and Phillip—took a bomb that they had made out of an old shell casing, gun powder, rags and clay and placed it against the back wall of the Victory cafe in Wampum, a few miles south of New Castle. When it exploded, it shattered the windows in the rear of the restaurant and “upset tinsels throughout the room”.

All four were charged with malicious mischief by use of explosives and were each ordered to pay a $25 fine and $9 to cover the damage. The New Castle News offered no explanation of the men’s actions. Perhaps there was none.

Six years later, Alexander and his wife, Helen, had a baby boy, Alexander, Jr, who died in the New Castle hospital before they could take him home. Not long after—a few years before they divorced—they had another child, a daughter named Sharon. She was twenty-eight years old when she died in a car crash in Beaver county.

Alexander lived alone in West Pittsburg until he died in 1987, at the age of sixty-six.