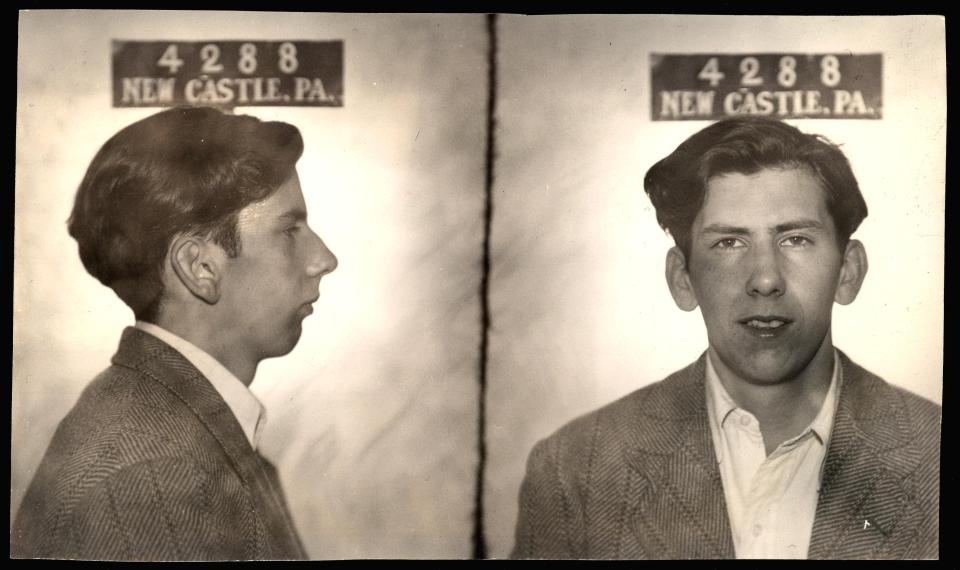 The war in Europe had been over for two months and the war in the Pacific would be over in a few weeks’ time, when atomic bombs exploded over Hiroshima and Nagasaki. Eugene Russo was just sixteen and, unlike his brothers and his cousins, he had escaped world war two. His life was his to do with as he pleased.

He borrowed a .25 Colt automatic from his friend, Paul Logue, telling him he wanted to show it to someone. Just after lunch on a Sunday afternoon, he entered the Walter Dewberry tobacco store on East Washington street, opposite the Dome theater, and pulled the pistol on Mildred Donaldson, the girl behind the counter.

A beat policeman, Roland Fisher, happened to glance in the window of the store and saw Mildred raising her hands above her head. She saw the officer and screamed, “Help! He’s robbing me!” and “Watch out! He has a gun!”

Officer Fisher drew his pistol and shouted to Eugene to raise his hands and come out of the store. Eugene did what he was told; his gun wasn’t loaded.

On the other side of the world, Eugene’s cousin, also called Eugene, was just starting his third year in the infantry corps. He had been hospitalised for weeks with malaria, a recurrence of which eleven years later was assumed to be the reason why he became mentally unbalanced and shot his wife twice in the head before turning the gun on himself. His wife survived; he did not. A further ten years later, their son, Augostine, was killed when he stepped on a mine in Vietnam. Flags on city buildings were lowered during his funeral as his uncle was a municipal employee, in the sewage disposal plant.

Eugene Russo received a short stretch in the reformatory for his attempted robbery of the tobacco store. Paul Logue was fined for lending him the pistol. Neither was ever called on to fight in a war.