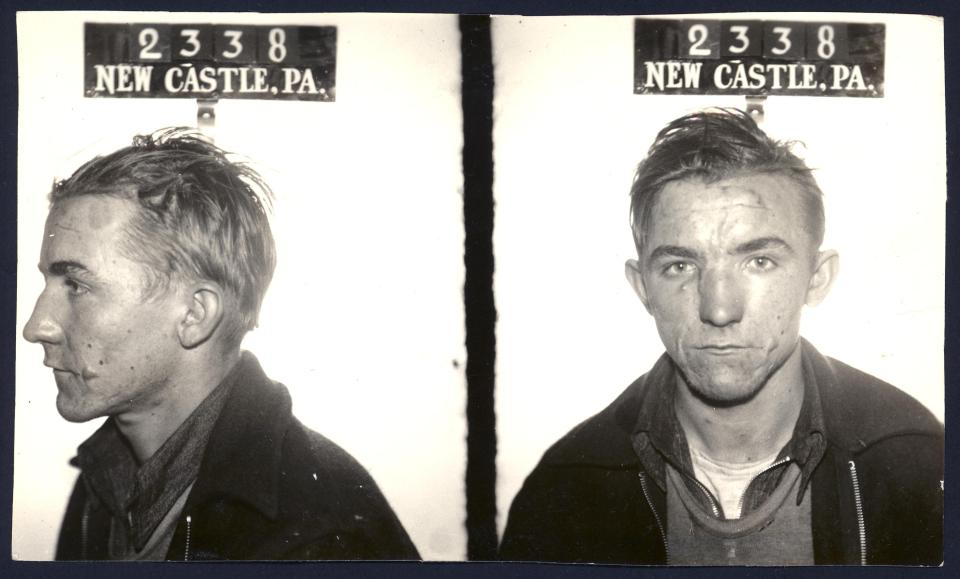 Edward Kozol was seventeen when he was fined for stealing scrap iron from the B&O Railroad yard. It was 1937, and the scrap yards that had been packed with tons of junk for as long as he could remember were suddenly almost empty. Through the ’20s and ’30s, no one had been interested in scrap iron, no matter how low the price; now, foreign countries were willing to buy all that America could supply and the price had risen to almost $20 a ton.

Most of the scrap metal went to Germany, Italy and Japan, for purposes that were no secret. The consequences were obvious to those who sold it, and perhaps also those, like Edward, who stole it. Fred Rentz, the manager of the New Castle News wrote, “Since so many nations have been buying American scrap iron for munitions, we are afraid to throw away our old coffee pot for fear it may be shot back at us.”

Two years later, a re-armed Europe was at war. By 1943, Edward and his brothers had all been drafted.

Edward joined the 9th infantry division. He spent six months in training in America before shipping out to England to prepare for the invasion of the European mainland. On 10th June, 1944—four days after D-day—Edward’s regiment landed in Normandy. They fought their way up the coast to Cherbourg then headed inland. Outside Le Dézert, they came under fire from the remnants of a Panzer division that was pulling out of the region and Edward was killed. He had been in France for thirty-four days and had travelled twenty-five miles from the beach where he landed.

A year after the end of the war, a remembrance service was held in Edward’s church, Saints Philip and James’s, on Hanna street. More than a hundred men from the parish had gone to war and all but twelve had returned alive. After the mass, twelve little girls dressed entirely in white placed candles on the altar and the dead men’s mothers were presented with medals, which they held as the congregation sang “Dobry Jezu”, a funeral hymn that asks for eternal rest for the dead, and for eternal light to shine on them.