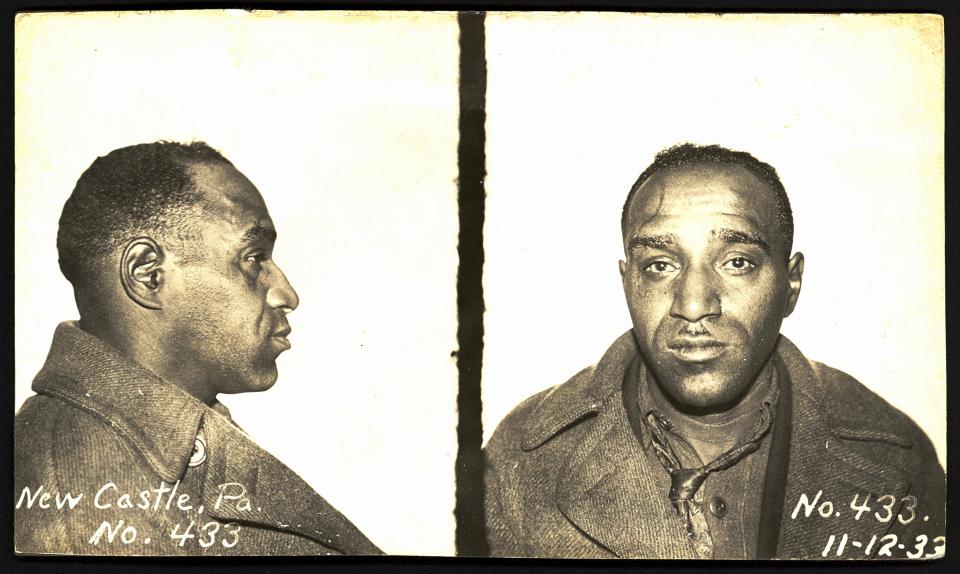 A Negro speakeasy on Mahoning avenue, run by a man known as Little Alabama, was raided by police in August 1933 in an effort to recover a fine watch that had been stolen from a white customer while he was spending time with a prostitute named Irene Smith. Eight people were arrested, including Ad Hambrick. All were released a few days later, having revealed nothing about the whereabouts of the watch, which was never recovered. Ad was arrested again a few months later for stopping traffic on Jefferson street. There is no record of any sentence.

Noah and Augusta Hambrick, Ad’s uncle and aunt, had come to New Castle from North Carolina in 1910. They lived in a house on West North street with their four children and other members of their families who followed them north over the years. Ad lived with them for a long time, even after he beat up his cousin’s wife, Myrtle, in 1937. He was still there in 1943, when he was admitted to the hospital after one of his brothers cracked his skull with a hammer.

After the war, Ad left New Castle and went to Pittsburgh. On a snowy night five days before Christmas, 1955, he was arrested on a vagrancy charge and placed in a cell, where he died a few hours later from what the coroner described as natural causes. He was fifty-six years old.