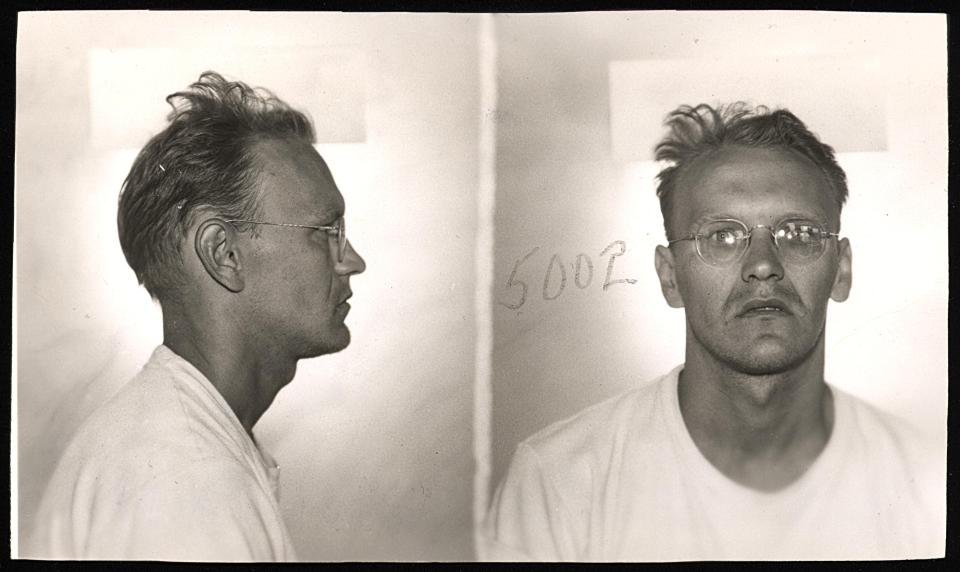 The last day of New Castle’s week-long sesquicentennial celebrations (more on them here) started with a golf tournament at Sylvan Heights, followed by a parade of the city’s fraternal organisations—the Elks, the Sons of Italy, the Eintracht singing society—through the downtown and southside streets, accompanied by floats and high school marching bands. Thousands of people packed the sidewalks. The sun blazed down all afternoon.

Robert Modrak and three of his friends avoided all of that. They drove out of the city and spent the day walking along Slippery Rock creek, a shady gorge to the east of New Castle. When they got hungry, they broke into a cottage—the owner, Earl Dufford, was in town, watching the parade—and stole a little food and some blankets. Nearby, they found an unattended picnic hamper. They carried it off up the creek and had eaten most of its contents when they were disturbed by Clair Shaner, a brass worker at Johnson Bronze, who shouted at them to give him his hamper back. They threw it in the water and Robert pulled out a pistol. Shaner backed off and the men ran back to their car.

They were arrested later that day. In light of their previous good records, the judge gave them light sentences—$100 fines and a year’s probation.

Some years later, Robert moved to Arizona, where he died in 1988, at the age of sixty-nine.