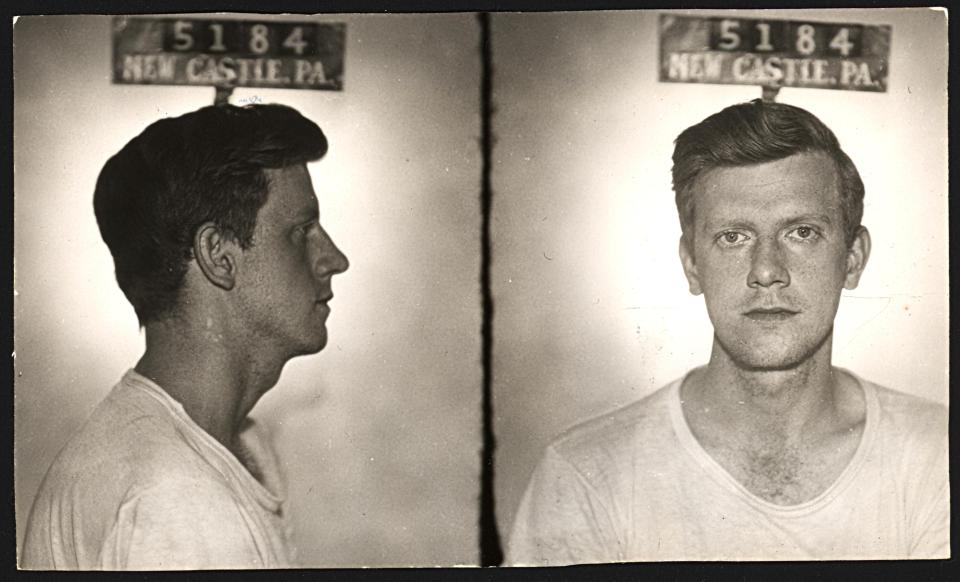 Howard Brown was a field gun ammunition handler in the battle for the Gothic line in 1944 and the advance into north Italy in 1945, campaigns that saw the deaths of more than one hundred and ten thousand soldiers. The war was over before he was twenty. By the time he was twenty-one, he was back in New Castle, with a job in the Lingerlight dairy, a wife and a baby daughter, whose birth moved him to compose a poem entitled, “My Thanks”, which was printed in the personals column of the New Castle News in November, 1947.

“Our Father, who are in heaven above,
I want to thank you for your endowing love,
Of giving me a daughter, whom I love from,
The bottom of my heart.
Thru your wondrous grace and my devotion,
We shall never drift apart.
“Each night I prayed to you for a daughter fair,
With skin so smooth, and soft silken hair,
A turned up nose and eyes of blue.
It all seems so hard to believe to be true.
“Thank you God for sending this little angel,
Each time she smiles she shows,
A cute little dimple.
With two chubby little arms to hold me tight.
Oh dear God you know what is right.”

There is no further record of Howard’s life other than his arrest for driving under the influence of intoxicating liquor in 1949.