There has been a huge decline in the artistic quality of mug shots over the past hundred years, from the beautiful studio portraits that can be seen in the collection of Arne Svenson, for example, to the flat, poorly lit snapshots you can find on sites like The Smoking Gun.

The four pictures below, taken just after the New Castle police department switched to color film, represent a mid-point in the decline of the art form. They’re outside the chronological scope of the Small Town Noir project but I thought I’d post them anyway, as they’re the only color mug shots from New Castle that I’ve ever found.

Both men are dead, so I’ve used their full names. The women may well still be alive, so I’ve withheld their last names. Unhappy souls, all of them.

In 1962, when he was nineteen, Benjamin pleaded guilty to the statutory rape of a fourteen-year-old mother of two. The girl said Benjamin was the father of her second child. Her first had been born when she was thirteen.

In the seventies, Benjamin was involved in a long-running feud between his family and the family of James Lane, which featured multiple disturbances of the peace and fights involving machetes, butcher knives, blackjacks and, on one occasion, a 28-inch sword. 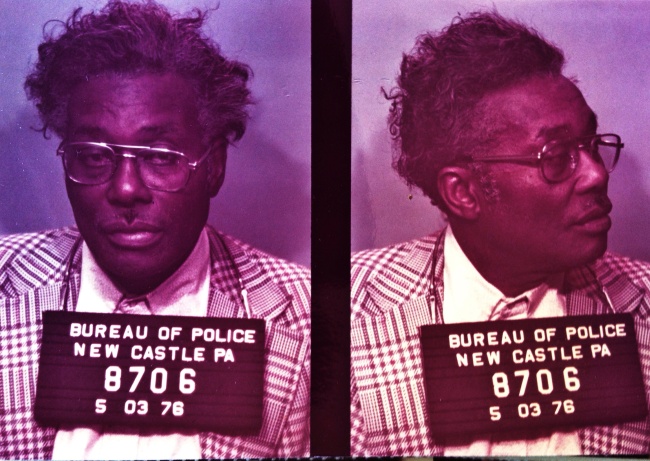 Other than brief reports of his involvement in a knife fight in Ellwood City in 1962 and various arrests for driving without a license, there is only one mention of Isaac in the New Castle News, in a story published the day after his mug shot was taken.

“Police arrested Isaac Washington, 53, of 224 Mahoning Avenue late yesterday afternoon in connection with a shooting incident at the home of a girlfriend. Washington was held on charges of aggravated assault and recklessly endangering the life of another … He drew a handgun at the home of Robin Wise on Sciota street and shot at both her and her mother, injuring the older woman in the thigh.”

Pamela lived with her boyfriend, Sam Copple, in an apartment on Shaw street. She was 18; he was 29. In April, 1976, they drove to Sharpsville and abducted Sam’s estranged wife, Nellie, at gunpoint, and brought her back to New Castle. Someone alerted the police, who followed their car through the city streets for part of the afternoon before managing to make it pull over. Pamela and Sam were arrested and waived bond. There is no further record of the case or of Pamela. 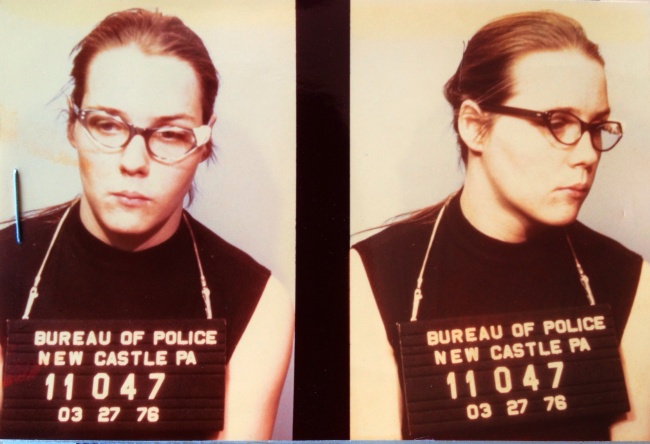 Carol Mae and her two youngest children—her oldest, a four-year-old boy, was in foster care—lived in a squalid, unsafe and unsanitary house on Court street, which they shared with a couple and their six children. She was arrested when she went to the St Frances hospital with her unconscious two-year-old son, David, who was covered in black and blue marks and had a laceration on his forehead. Some injuries were recent, some old. Carol Mae said the injuries were due to a fight between David and his older brother and an accident when he fell against a television. She also said that David would black out from time to time and that she would throw cold water on him to revive him. That was why he was cold and unconscious.

She was charged with aggravated assault and jailed for one to two years.

Two other child abuse cases were dealt with by the court that month: one involving an eleven-year-old boy struck on the head with a hammer by his father; and another involving a three-year-old boy beaten to death by his mother’s insane boyfriend.

There is no further record of Carol Mae.