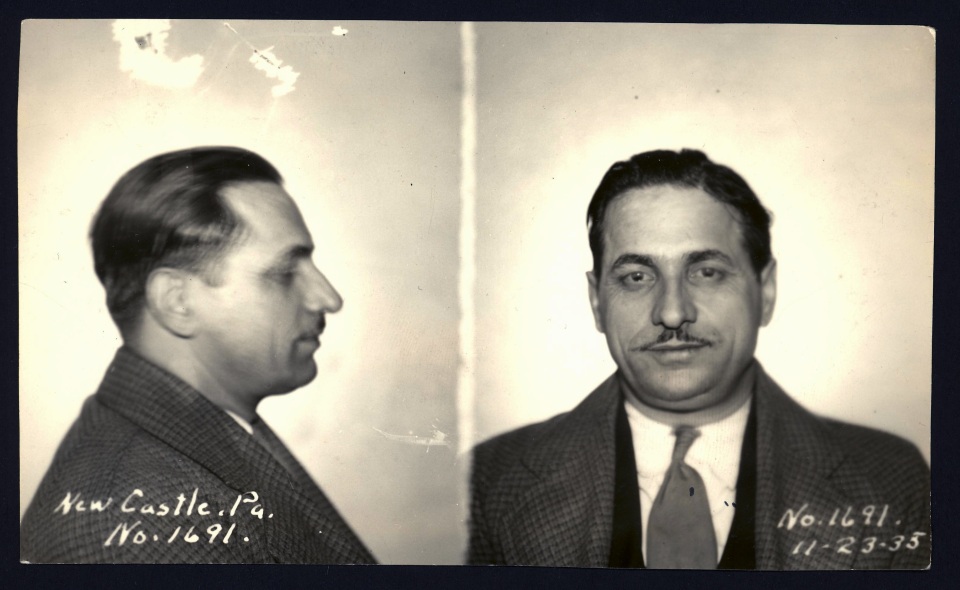 Late at night on the last Sunday in November, 1930, as flurries of snowflakes as big as half dollars fell from the sky (but failed to lie as the streets were too wet), a patrolman noticed a broken ground-floor window in the H G Preston Wholesale warehouse on Grove street. He called in his suspicion that there had been a break-in and two more officers were sent out to join him.

John Dagres—known locally as John the Greek—and a man from Ohio named George Leasure had carried two large boxes of cigarettes to the west doorway and were about to take them to their car when George saw the three police officers in the alley. He ran off past the J J Dean grocery, leaving John alone.

The police shot at George, but he kept running. They checked inside the warehouse and discovered John hiding behind an iron beam. He gave himself up and was taken to the station, where he made a full confession.

George was arrested later that night. The house he rented was empty, so the police went to his brother’s house, where he was found hiding in bed with his brother’s three children.

Both men were sent to the Western penitentiary—John for eighteen months to six years; George, who had a prior conviction for burglary in 1924, for five to ten years. John’s wife threw his clothes out of the house. He wrote her letters from jail, but they went unanswered. After his first year inside, he wrote to his ten-year-old daughter. He said he didn’t blame his wife for not writing to him, “for I did wrong to get in here, for she was too good for me.” He said, “But you know little daughter every-one makes mistakes, and I was just one of those unfortunated ones.” He said, “I am sorry for all I have did and I hope you will at least forgive me, even if your mother won’t.” And he said, “When you answer this letter please tell me whether your mother has my clothes, or has Nick Pappas still got them? Please tell me.”

John served his minimum sentence and by 1935—the year after his son, James, pled guilty to a charge of breaking and entering—he was an employee of the J J Dean grocery,

next door to the H G Preston building where he had been arrested. In November that year, he was arrested again on a charge of larceny, but no record remains of who was robbed or what was stolen.

John ended up working in Jay’s Lunch in Youngstown. His wife was a cook in the Leslie hotel in town. They retired in the fifties—about ten years after John’s final jail term of ten months for aggravated assault and battery—saying that they were going to spend more time on their hobby, which was cookery.