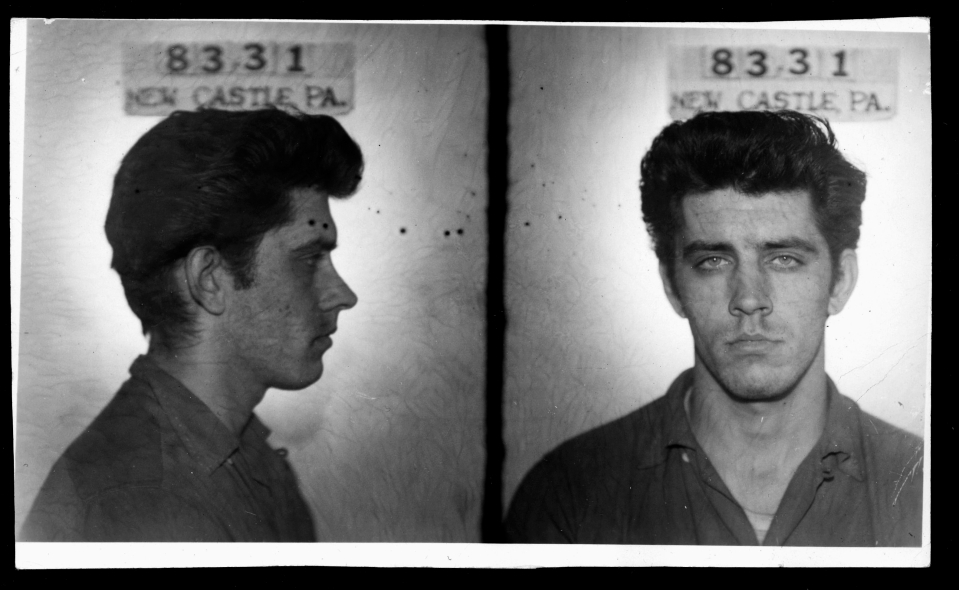 Lloyd Hockenberry drifted into New Castle in the spring of 1956 and took a room in Flora Williams’ apartment on East Washington street, above Westell’s gun store. He had left the army and was looking for work of some sort. He had trouble finding any. Three weeks later, Flora Williams noticed she was missing two wedding rings valued at $175 each, as well as a $100 bill. Lloyd was arrested when he returned to the apartment at half past two in the morning. He confessed and was given six to twelve months in the Lawrence County jail, but was out in time to marry a local girl in November, just after he turned twenty-three.

By 1958, Lloyd had left his wife and New Castle and was living with his sister near Huntingdon, four hours to the east, where he had grown up. One afternoon, while passing time in a diner in town, he met a sixteen-year-old girl called Anna Grace Carper who had stopped off on her way home from school. She was known in Huntingdon for having run away from home when she was twelve, in the company of her aunt’s brother, who was a twenty-one-year-old ex-convict. (After he and Anna Grace had been tracked down and brought home, he’d been charged with rape and contributing to the delinquency of a minor. It had been a scandal.) Lloyd and Anna Grace left the diner together and walked up Fifth street and on into the woods on the far side of Flagpole hill, which was where the young people went when they wanted privacy. Later in the afternoon, Lloyd walked her back to her house. He didn’t think of her again until the following year, when a constable appeared at his door to serve a warrant on him for fornication and bastardy.

Lloyd drove to Anna Grace’s home, but was sent away by her father, who would accept no visitors on a Sunday. The next day, Lloyd was told by a court official that Anna Grace had given birth to a baby girl and had named him as the father, and that her family were seeking a financial contribution from him. Lloyd said he didn’t know Anna Grace and that, anyway, he had been in West Virginia looking for work when she claimed to have met him. The jury took twenty-five minutes to find Lloyd guilty, and the judge ordered him to pay $30 a month support money, plus hospital and doctor’s bills.

Lloyd was jailed for non-payment a year later, and again the following year. By the time he married his second wife, in 1962, he had added a term in the Alleghenny county workhouse to his total. He was given a further two months in the county jail in 1965, also for non-payment. Amid all this, Lloyd fathered three legitimate children and another illegitimate child.

By 1969, Lloyd had left his second wife, his children and Pennsylvania and was working as a truck driver in Maryland. The woman who would become his third wife lived in Virginia. He moved there and worked for the Department of Transport until he retired. His children, all grown, had no idea what had become of him. He died in 2018, at the age of eighty-five.